Band leader Fate Marable remembered that when Louis Armstrong first joined him, one tune that went down well with the audiences was

Marable relayed how “the power of Armstrong’s trumpet sent the famous W. C. Handy composition bouncing off the boat to the shores in both directions.” As Marable explained it, “It was an entirely different kind [of] music.” It differed from “ragtime which preceded it or the swing which followed.”

The Father of the Blues, W.C. Handy, has a huge fan on Vancouver Island.

Nanaimo’s Andrew Homzy, musician, arranger, jazz scholar and Grammy nominee, is so fond of Handy’s compositions that he created a revue of some of his best-known tunes: A Tour of the Blues: Celebrating the Music of W.C. Handy.

The revue, following on the wildly successful production of Lady Day at Emerson’s Bar & Grill late last year, was co-produced by impresario Pat Selman and the Chemainus Valley Cultural Arts Society in November.

Handy, one of the most influential American songwriters, penned such classics as St. Louis Blues, Memphis Blues, Yellow Dog Blues and Beale Street Blues in the early 20th century.

One of many early blues musicians, he is credited with giving it its contemporary form, taking it from a regional style — Delta blues — with a limited audience to one of the dominant forces in American music.

Homzy has arranged each Handy tune for three vocalists and his 10-piece NOLA NightHawks band, which has performed regularly on Vancouver Island since it was formed in 2014.

Homzy fondly recalls a bus trip he and a schoolmate took to New York City in 1963 to buy some sheet music after graduating from high school in a Cleveland suburb.

Visiting Handy Brothers Music, they met Wyre Handy, W.C.’s son, who kept pulling sheet music off the shelves as they named their favourite Handy tunes, and who refused to take any money for the arrangements they took back home to Cleveland.

“We learned a lot while we were in New York,” Homzy recalled. “But the two or three hours we spent with Mr. Handy were the best time of our trip.” 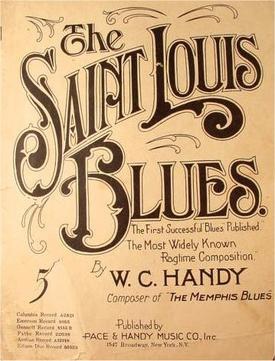